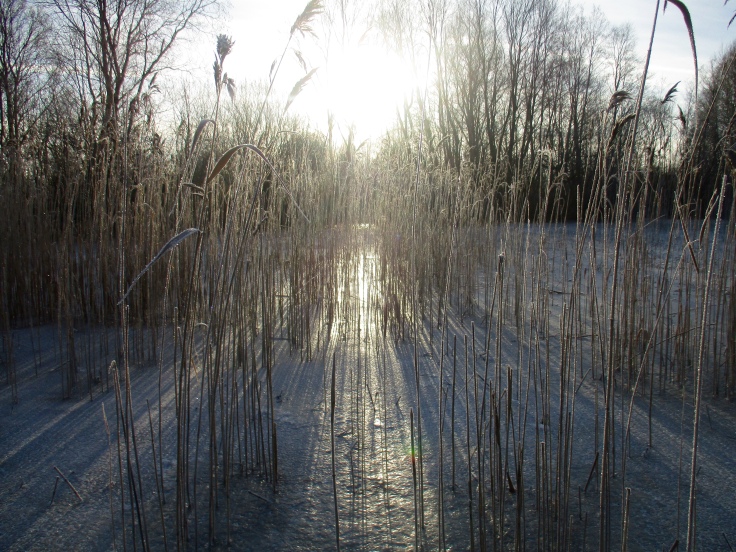 In academic research, meditative practices are often investigated as a preparatory training for making art. The performance artist and theorist Phillip Zarrilli, for example, investigates meditation as a training for accessing and transforming the creative process. In other cases, artistic practice and meditation are combined together, generating hybrid methodologies of artistic inquiry. There is no shortage of examples where the artistic practice itself is interpreted as meditation, like in the case of the vocal artist and performer Meredith Monk.

The topic of this research derives from my lifelong practice of meditative and somatic techniques such as the Kriya Yoga of Paramahansa Yogananda – which was introduced to me by my parents in my early childhood –, Shaolin and Tai Chi – which I have practiced since 1994 at the school of Master Chang Dsu Yao –, and Vipassana meditation in the tradition of S. N. Goenka – which entered my life relatively late, but had a paramount impact on my development as a meditator.

Since 2012, Vipassana has become my fundamental daily practice, and therefore is the main angle from which I approach formal sitting meditation in my doctoral research. However, in my research questions I rather make use of the term ‘formal sitting meditation’ instead of ‘Vipassana meditation’, because my experiments –  as well as my artistic production – allow the participants to practice their own style of meditation.

I situate my work in the field of ‘meditation-based artistic research’, suggesting this label as an alternative definition to the more generic ‘mindfulness-based performance’. For better specifying my approach, I position my research in the subcategory of ‘meditation as an artistic practice’.

How to unfold and enlighten the artistic potential of formal sitting meditation?

How can a public meditation retreat contribute to the exploration and communication of the artistic features of meditation?

My earlier experiments consisted in developing artistic technologies for exploring and communicating meditative experiences. Drawing, movement explorations and creative writing were the tools involved in the experiments. I developed a technique for interviewing meditators, which consisted in filming the movements of the hands of the interviewed persons, who were asked to answer through hand gestures.

Later, I began to elaborate participatory experiments for sharing meditative silence. These events/platforms were devised for facilitating mindful experiences and creative processes within and between the participants.

In March 2017 I started the practice of meditating one hour a day in different spaces of the Theatre Academy of Helsinki. Students and staff of the school were invited to join me in silence. This experience made me realize how the simple action of sitting in stillness engaged me in a complex negotiation between myself, my meditative practice, the space, and the presence – or the absence – of other people. I collected feedbacks from the visitors, by means of a guest book, where people were free to write and draw.

As my contribution to the CARPA 5 symposium at the Theatre Academy of Helsinki, I further developed this experiment by installing a meditation room in the conference building, and inviting participants to share silence. Throughout these events, I became interested in the silent dialogues generated by the spatial relationships between the meditators, the room, and the objects within the space. I documented this process by means of photos, journals, and interviews with the visitors.

In October 2018 I will realize my artistic part, which will consist of a ten-day meditation retreat, happening on the stage of the entrance hall of the Theatre Academy of Helsinki. Throughout the retreat, I will take the vow of silence, and I will meditate about ten hours a day. People passing by will be invited to enter the space, to sit, rest, and join the meditation at any time of the day, for as long as they want. Before and after the ten-day retreat, I have arranged two opportunities for verbal sharing with all interested people.

Part of my research-data will consist of my recollection of the experience. Furthermore, I recruited a group of ten volunteers who will visit the retreat at least three times. They will write a journal, on the base of the following three questions:

How did you experience your participation in the meditation retreat today?

How did you experience the presence of other meditators and the spatial setup?

How did you experience the presence of people and life around the meditation stage?

These questions purposefully do not address my research questions directly: I am interested in allowing the volunteers to speak about their experience quite freely. Only in my subsequent analysis I will collect the elements in their answers corroborating or contrasting my understanding of meditation as an artistic practice.

Another part of the data will come from the feedback of the visitors in the public meditation retreat. I will collect their feedback by means of a free-form guest book. Furthermore, a photographer will take a few pictures a day of the stage, and the retreat will be filmed with the technique of time-lapse photography.

Systematical studies on meditation and spiritual practices increased exponentially since the early ‘70s, and nowadays it is possible to observe new contaminations of meditation in performing arts from the perspective of artistic research. A noticeable mark of the institutionalization of such a phenomenon is the birth of scholar publications on the topic, such as the Dance, Movement & Spiritualities journal, founded by Amanda Williamson in 2014, the online journal Performance and Mindfulness, published by the University of Huddersfield Press, or the volume: Dance, Somatics and Spiritualities – Contemporary Sacred Narratives (Batson, Weber, Whatley & Williamson 2014).

The current landscape of artistic research on meditation presents a variety of different methodologies. Phillip Zarrilli (2002), for example, makes use of meditation techniques in actor training for accessing and transforming the creative process. A similar approach is carried on by Naomi Lefebvre Sell (Whatley & Lefebvre Sell 2014) in the field of dance and somatics.

A different line of research intertwines meditation with other artistic practices in order to entangle them into a meditative or spiritual framework. For instance, the visual artist Su-Lien Hsieh (2010) focuses on the interaction between her painting practice and several Buddhist meditative techniques, such as bowings, mandalas, and breath-awareness.

In other cases, the artistic practice itself can be understood, to diverse extents, as a form of meditation. The vocal artist, performer and choreographer Meredith Monk (2010) – just to mention one – openly bridges her artistic practice to her spiritual practice, drawing parallels between the Buddhist notion of dharma and making art.

My work follows an alternative track: formal sitting meditation is investigated as an artistic practice in its own right. I claim that approaching meditation as an art-form enlightens its potential of integrating an individual meditative experience with the surrounding world and life. By challenging the tradition of isolation which characterises meditation retreats, this project opens questions around the place and the function of meditation in an artistic-pedagogical institution, as well as in our society.

Goenka, Satya Narayan. 2013/2002. For the Benefit of Many: Talk and Answers to Questions from Vipassana Students 1983-2000. Igatpuri: Vipassana Research Institute.

Spatz, Ben. 2015. What a body can do. Technique as knowledge, practice as research. New York: Routledge.

U Ba Khin, Sayagi. 1999. The clock of Vipassana has Struck. Washington: Paryatti.

Zarrilli, Phillip. 2001. Negotiating Performance Epistemologies: knowledges ‘about’, ‘in’ and ‘for’. In: Studies in Theatre and Performance. Vol. 21. Abingdon-on Thames: Routledge.