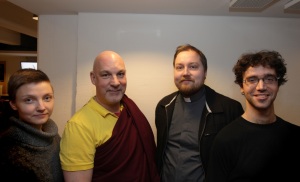 Since March 2013, special meditative events, opened to all interested people, happen in Theatre Academy of Helsinki (Haapaniemenkatu 6). They are led by guest-teachers with different spiritual backgrounds.

The main purpose of these meetings is to widen our understanding of different spiritual traditions, having a gentle taste “from within”. The direct witnessing of persons who have been dedicating a long lifetime to their own spiritual path, together with the opportunity of experiencing on our own skin some simple meditation techniques original from other cultures, may generate more interactive bridges of dialogue rather than the mere reading of books. 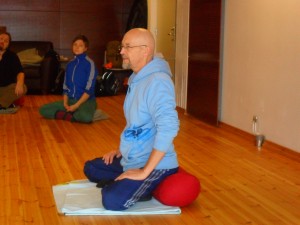 Here below you will find the special events-schedule and the biographies of our guests.The exact room of each meeting will be communicated one week before.

In case you are interested in experiencing free silent meditation together with people of many different traditions, you are welcome to join us in the chapel of Kamppi (Helsinki) on Thu 27.2, Wed 19.3, Thu 24.4 and Wed 21.5, at 18-19. If you cannot attend the whole hour of meditation, you may join in also after 18. After the meditation it is possible to share thoughts with other participants in Fazer Cafe (Forum). These monthly events are organized by Pekka Y. Hiltunen and Markko Hämäläinen, respectively experts in Ignatian meditation and Vipassana meditation. 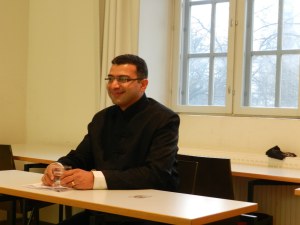 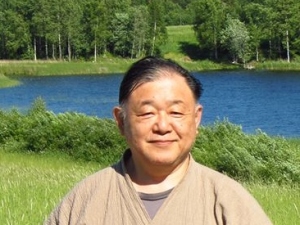 At the age of 16, Tsumura Sensei left to China with his father, in order to study Chi Kung. He has been practicing under many renowned teachers in China and Japan. He has been studying about one-hundred different Chi Kung forms.

Tsumura Sensei has been visiting Finland tenths of times and has been teaching also in Estonia and Germany. 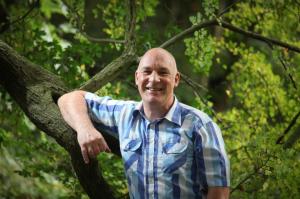 Tony Chödrak has been teaching and presenting workshops on Mindfulness and Meditation since 1984. He has a background of traditional training in Tibetan Buddhism since 1982. Tony was ordained as a monk in 1984. He teaches meditation in Europe, South Africa and United States as well as giving treatments and classes.

Tony has been involved in Shiatsu and Seiki bodywork since 2007. He is based in London UK where he gives treatments in BASS Studio (Brixton Acupuncture & Shiatsu Space). 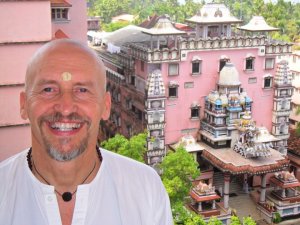 Taavi Kassila, Finnish writer, yoga-teacher and film-director, moved permanently to India into the Ashram of Mother Amma in 2008. He visits Finland every year in order to teach yoga and to give classes of Indian philosophy. 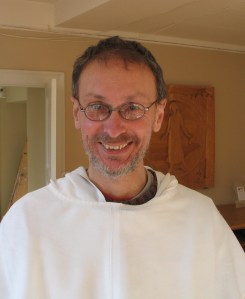 “I was born in Göteborg, Sweden. My family was uninterested in religion or faith, but I was baptized in the Church of Sweden. While I was studying architecture in Paris, I came in contact with the Catholic Church and joined in 1994. In 2000, I became a novice in the French Province of the Dominican Order. After spending several years in France, I moved to our priory in Lund, Sweden. I am also a painter. I am interested in meditation, especially in the spiritual way taught by Master Eckhart, Hjalmar Ekström and a few others.”
Br. Björn Engdahl OP 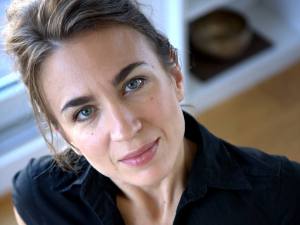 “I was always interested in psychological questions, and I have studied psychology directly after finishing school. But for me the studies were too theoretical. I had no idea of my own understanding and feelings about the so called reality. I hadn´t developed.
So I chose the more concrete way of psychology, followed the call for being on stage and began to study acting and became an actress. But since then psychological questions accompanied me.
16 years ago I heard from the integrated breathing-therapy of Tilke Platteel-Deur and Hans Mensink. I find this therapy is a very loving, aware, intense and concrete therapeutic approach to mankind.
In the middle of 2009, I decided to study these three years lasting education.
Former huge energys, that I knew only from stage and made me feel better, now I finally feel them in my everyday life.
I found them outside, now I find them inside. I arrived.
Also your individual vision of your potential, your longings and desire, I am ready to accompany together with the integrated breathing, so that you can experience them.” Maria Faust 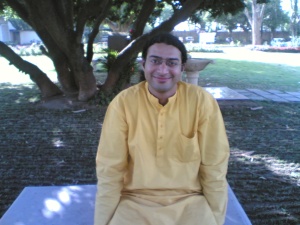 Vishal Sharma is a finance professional living and working in Estonia since last 5 years. Before coming to Europe he was a monastic (known as Br. Muktananda) and spent more than 10 years in Paramahansa Yogananda’s ashrams in India. He has traveled extensively giving lectures and conducting classes on the ancient science of yoga meditation and God-realization in India and Nepal.

Actor and pedagogue specialized in oriental psycho-physical disciplines, Gabriele is developing a research on silence, as a space of dialogue between art and spirituality. He holds workshops and conferences in Finland and Italy.